Local Programme Orientation Community of Practice: How it began

Following a workshop on Tuesday 2nd May of this year that focused on Orientation timetabling, Erin O’Malley, Irene Rose and I began to discuss how orientation worked in each or our areas, at local level. Despite being engaged in very similar work relating to orientation, we had never met prior to this workshop. Although this is my third year managing the BA orientation programme, I hadn’t really had the opportunity to link in with colleagues managing orientation in other areas. It quickly became apparent that there was a lot to be gained by sharing experiences, challenges and solutions, and that an opportunity was being missed by not linking in with colleagues across the university who were working to the same goals, albeit in isolation from each other. The three of us arranged to stay in touch and to further discuss some of the ideas that had come up in the course of conversation. 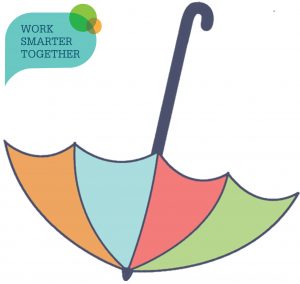 The definition of a Community of Practice as; “a group of people who come together to build and share knowledge, to build and share skills, to build networks, and to build recognition”, is exactly what we hope to build across the university among those delivering orientation at local level.

Erin, Irene and I met with Michael Sinnott to discuss how we’d move from good intentions and ideas to something concrete and beneficial. We decided that the first step was to get like-minded people together, and to that end we started planning the workshop that was held on 18th July.  We hope that the workshop was just the start of an ongoing, mutually beneficial collaboration between colleagues across UCD.

If you are interested in finding out more about the local programme orientation CoP, contact irene.rose@ucd.ie, niall.dennehy@ucd.ie, erin.omalley@ucd.ie.