Recognising ourselves – The path to Work Smarter Together

The path to Work Smarter Together

Memory is a dangerous thing, especially if you believe yours is accurate.

My memory has its particular dangers – I can remember things that did not happen and only remember some things through the photos I look at afterwards.  Sometimes it is like trying to peel a partially diced onion.

So my memory of the first step on the path to Work Smarter Together was UCD colleagues in the AUA running an all-day event in UCD in 2011, getting Hugh Brady, the then President, to pay the registration for a large cohort of UCD staff to attend.  My memory of this is that he did this because he wanted to make a gesture of support and recognition to the professional staff in UCD.  We were in the Quinn School and Hugh Brady opened the session, there was lots of input, poster sessions, teas and coffees, and the chance to meet colleagues from across the campus.  The thing I remember best was that it was great to be together, to meet folks I normally only spoke to on the phone, and to recognise ourselves as a significant community whose contribution does so much to make the teaching and research of the University possible. 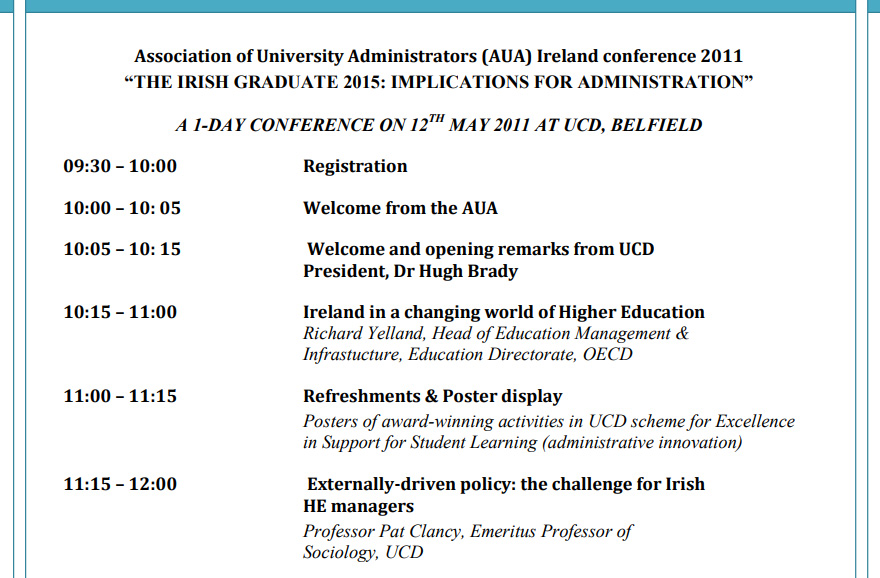 This event had all that WST continues – colleagues coming together, sharing stories of innovation, guest speakers, support from the President and Registrar – and was driven, as we still see, by the commitment and interest of colleagues.  My partial memory recalls Patricia McCarron, as she was, as one of the organisers.  Can you remember who else?

The stories we tell ourselves.

Walking back to Registry with Colm Small after the event we said “We’ve got to do this again!”, the ‘again’ being bringing colleagues from across the campus together to celebrate the great things we do.  Later that year Catherine O’Brien, then in charge of the Student Desk in Registry, was at the NASPA conference in the US and brought back the inspiring story of a US university which, one day a year, closed for normal business and brought the university together to share all the good things they were doing.  And we hit a ripe time in Registry with a lot of significant developments take place as we moved into 2012.  So that gave birth to “The student life cycle – how it all links together” in April 2012.

I do not have ‘people photos’ to shape my memories but here is part of the programme for the event, again held in Quinn.  This time we tried the (unsuccessful) experiment of lots of short parallel sessions, run a couple of times each, to try to maximise the chance to see lots of good things. 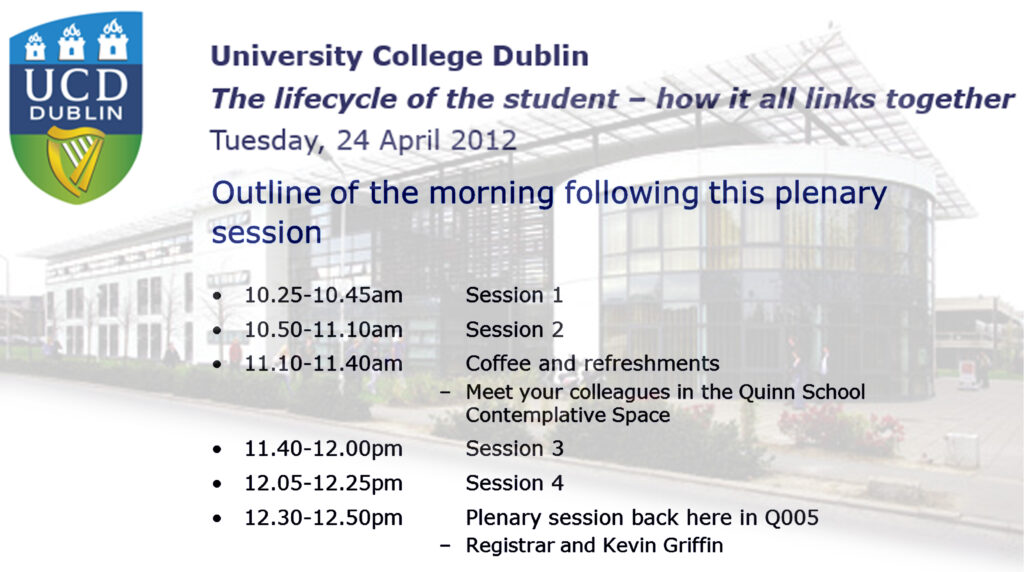 That was the second step on the journey.  “The next time we do this it should be more than Registry”, said Kevin Griffin, so he, John Howard (then University Librarian), and Seamus Shaw (then Head of IT Services) sponsored the next event in 2014.

March 14 2014 was the first time “Work Smarter Together – celebrating collaboration and creativity” took place. The title, needless to say, was the product of a committee but I have always liked it (I was on that committee!)  ‘Work’? it is about what we do here UCD.  ‘Smarter’?  It is about our innovation and creativity.  ‘Together’?  It is especially about how so much that is good and strong in UCD comes when colleagues gather with a common purpose or a common challenge and, more than they could on their own, do great things.

Andrew Deeks, in his first months in UCD opened the session, David Putnam, film director the then Ireland’s Digital Champion, was the brilliant keynote speaker, and we had a day of guest speakers, presentations from UCD colleagues, a big poster session and the social gatherings that knit so much of our life together. 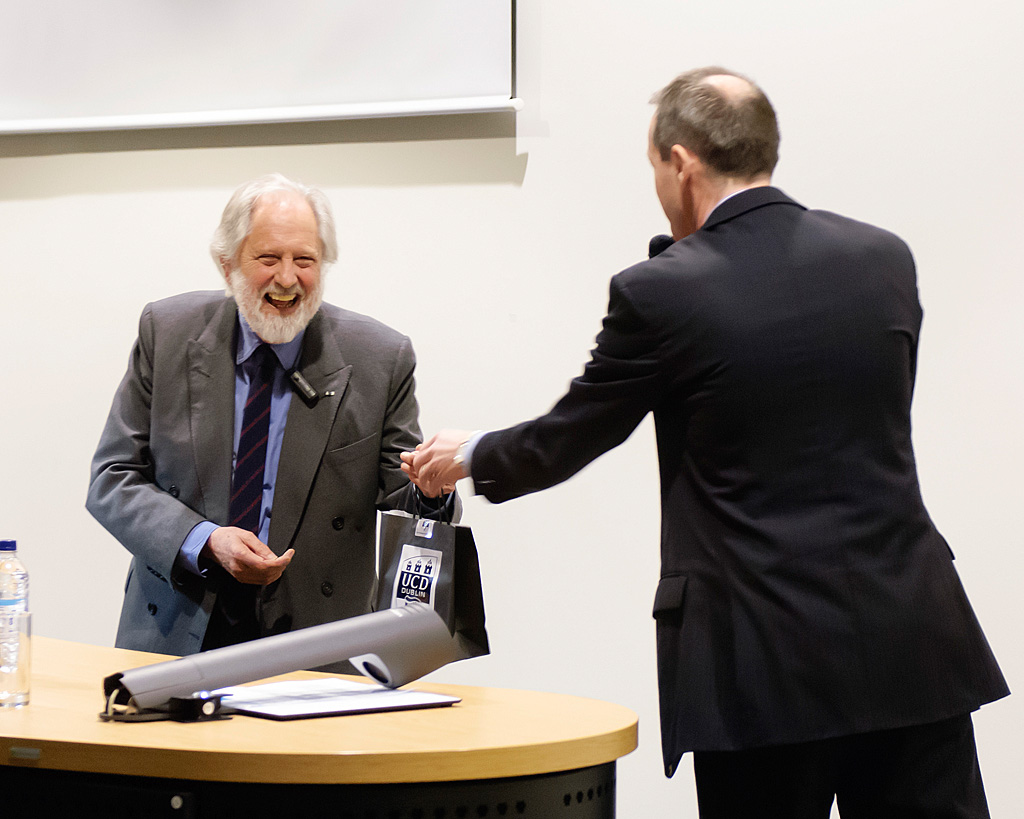 The infectious smile of Lord David Puttnam, Digital Champion for Ireland, after his great session 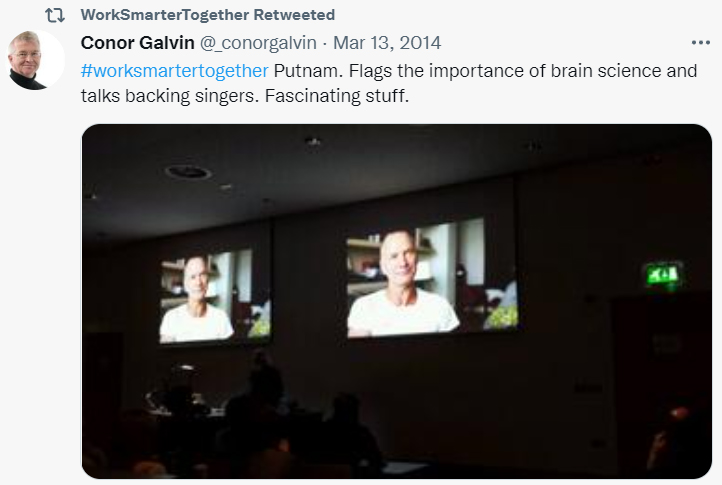 Volunteers from Registry, the Library and IT Services did all the work to make the event happen, with about 60 contributors from across the campus.  Scattered below are some of the photos from that event… all that I could find on the hard drive and Twitter feed of memory. 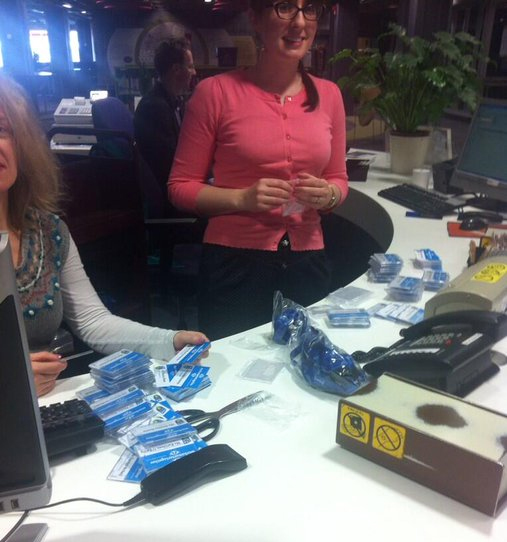 Volunteers made the event – the power of colleagues 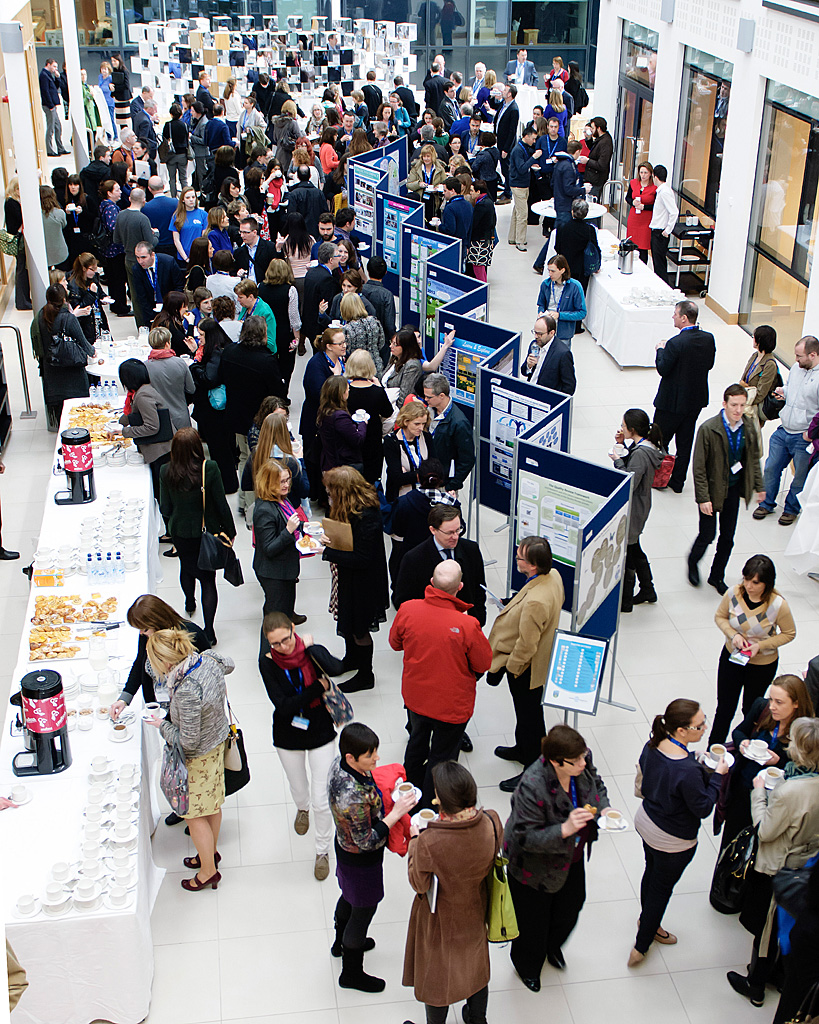 The UCD community gathers for poster viewing during the coffee break

Mark Rogers, it is interesting to note, was early in his time as Registrar when he supported, and spoke at, the 2012 event.  For the 2014 event he was a strong, active supporter – and chair of the judges panel for the poster competition.  When UCD Agile started in early 2016, under Mark Rogers, we took up the active support of WST and, as always, with the broad and enthusiastic support from colleagues, continued the WST tradition with the 2017, 2019 and 2021 major March gatherings.  2021’s online and, interestingly, both more accessible for colleagues (Zoom) and less collegial (no accidental meetings over coffee and lunch, no hands on workshops side by side). 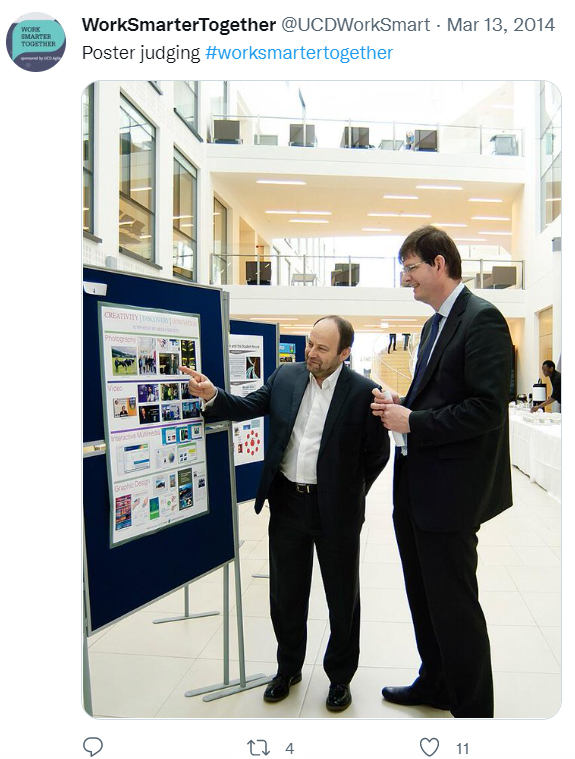 There is a lot more to Work Smarter Together than the March events but this is my diced and peeled onion of a memory, inspired by that AUA event in 2011, loving the chance to meet colleagues from across the campus, passionate about celebrating the great things we do together, inspired by the sharing.  In the end, it is the respect and appreciation and support of colleagues that means the most – theirs are the opinions with the most insight, theirs are the helps most needed, theirs the friendship that sustains.  Long may we work smarter together. 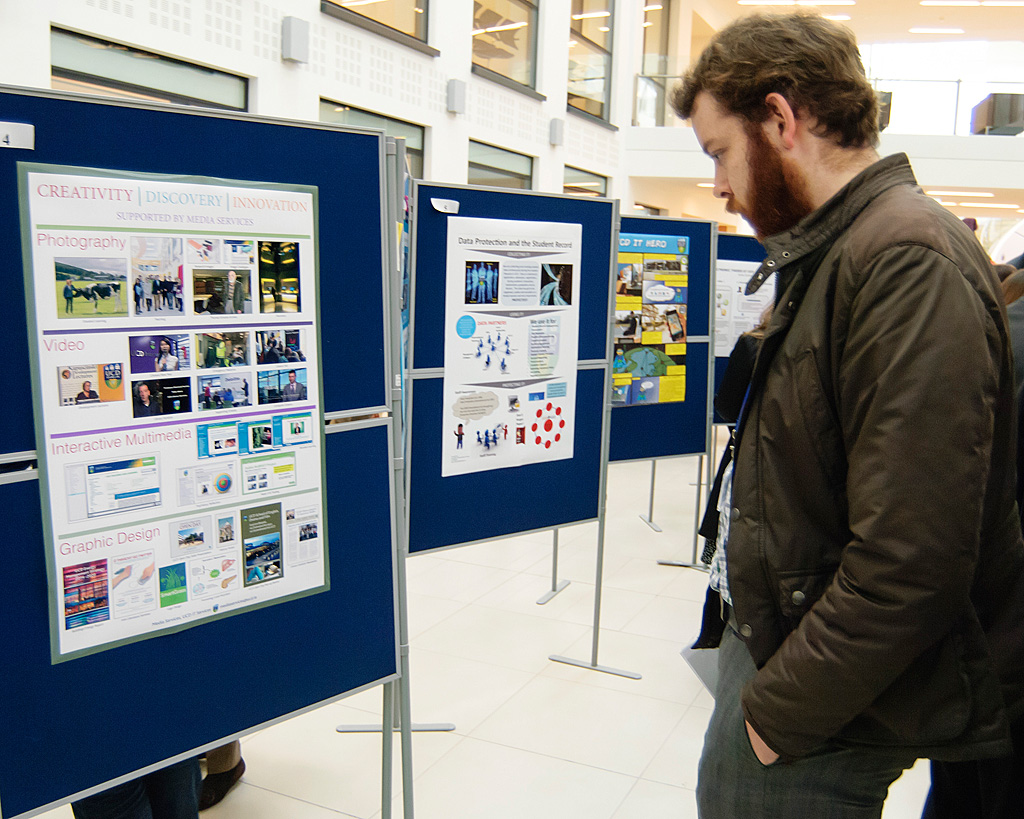